Best wishes for the New Year, may I have my Red Envelope please?”!

OK – I won’t get any red envelopes – the customary Chinese New Year gift of ‘lucky money’ — as I am neither young nor unmarried. In recent years, the physical envelope has been replaced by a digital version, thanks in part to the popular messenger App ‘WeChat’ – a bit like ‘WhatsApp’ which started making red envelope money transfers a couple of years ago for it’s 1 billion (gasp!) subscribers – to put that in context, Facebook has around 1.8 billion.

Last year was the year of the monkey – and looking back it was a year that only an unpredictable monkey could have come up with …Brexit, Trump…! The new Rooster year is predicted to be a year focused on progress, honour and maximum integrity, people learning to temper their passions [let’s hope so!].

Those born in the year of the rooster are confident, motivated, loyal and trustworthy – apart from the downside of being a bit blunt – perfect for an entrepreneur! Are you a rooster – or a rat like me? Find out what Chinese animal you are …and what the future holds!

Why not embrace Asian culture and join in the spirit of the New Year with 1.38 billion other people? There’s fun to be had at the fabulous New Year parade in Chinatown this weekend. It’s the biggest of its kind outside Asia, and a fabulous spectacle.

A rooster by name – Rooster Cogburn in ‘True Grit’ – a classic twice over with John Wayne in 1975 then Jeff Bridges in 2010.  A tough U.S. Marshal helps a stubborn teenager track down her father’s murderer. Nominated for 10 Oscars, and most memorable for the line ‘Get off your horse and drink your milk’.

Old movie posters did a brilliant job of selling a movie in a snapshot, giving you a sense of the characters and the story. A great piece of information design. 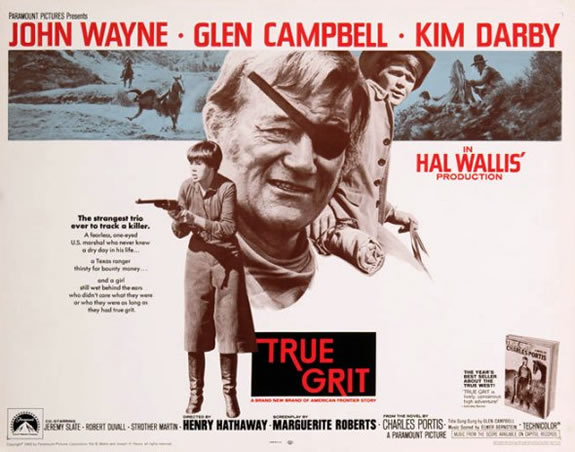