3 ways to weed out your fake news

Ok, not Trump (‘I invented … fake’) news, but fake Twitter followers, who are no good for your brand

… you heard it here first!

Hands up – have you ever analysed your Twitter followers?

Some fake Tweeters are easy to spot – the ‘egghead’ who doesn’t Tweet and is a ‘billy-no-mates’. A bit harder to spot is a bot, a fake human programmed to follow hashtags or keywords – so pretty much useless to your brand as a follower (unless you like numbers rather than engagement and conversations). And Twitter loves real followers, after all – that’s why Twitter ‘is’

What can you do about it?

1. Be an online detectorist and hunt out the fakes
TwitterAudit will give you an estimate on how many bots are following you (once for free, but you’ll have to upgrade to use it to remove fake followers).

2. Remove lazy Tweeters or bots
Untweeps will show you your inactive followers to see if you should unfollow them – I don’t have a big following so I could easily see if this result showed people I know who rarely tweet, if so, I let them stay, but removed the weird ones (you can whitelist them or remove them).

3. Find out who ‘loves’ you?
Twitonomy will give you a good idea of who engages with you, and what your popular hashtags are. You can then create a Twitter list and add the most engaged users you found, so you can actively engage with them, and build your online network.

And if you want to get serious, something like AgoraPulse tracks your most active users automatically. It shows you who’s been commenting on your posts, tweeting or retweeting your updates, or mentioning you the most – good if you have a big list of followers.

For your Twitter account to be super useful it needs a healthy and relevant audience, and like those old Fray Bentos pies you’ve kept for years as an emergency, get rid of them, because they’re just not good for you! 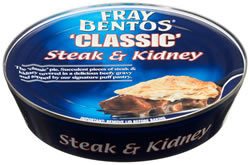 We are human beings, not human doings