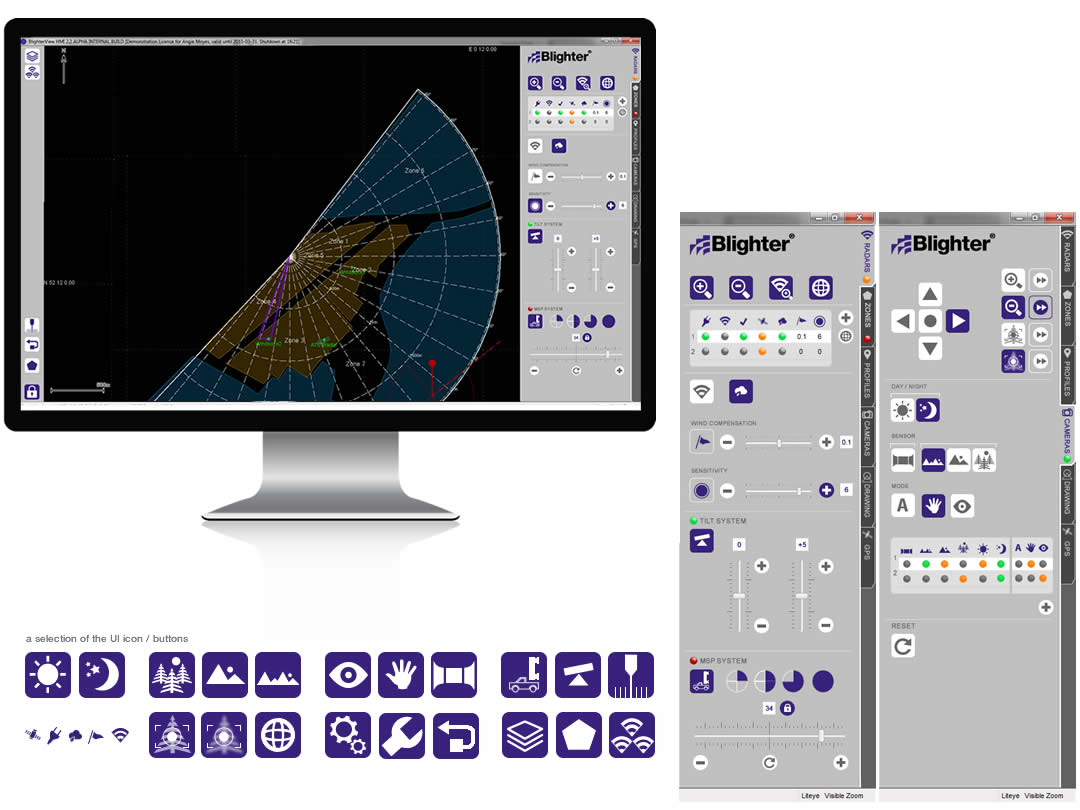 Blighter Surveillance Systems make a state-of-the art e-scan ground surveillance radar and perimeter surveillance radar. It’s brilliant. It can be used to spot people, planes, drones – day or night. Microwave radio signals scan up to 32 km and a full 360° in azimuth. It can be fixed, or made mobile. Most likely used in defence and border situations.

I was first asked to create user interface icons in 2013 to replace the ‘working’ beta ones. Two years later, the interface and product was further developed so new icons and layouts were needed, we decided on a refresh on the original icons to suit the new ‘flat’ interface style on Apple and Windows.

Angie has done a great job of designing a fresh modern look to our BlighterView HMI, designed a distinctive logo for our new product AUDS (Anti-UAV Defence System) and has helped produce clear drawings for our Patent application.
Mark Radford

need a logo for a new (ad)venture?!