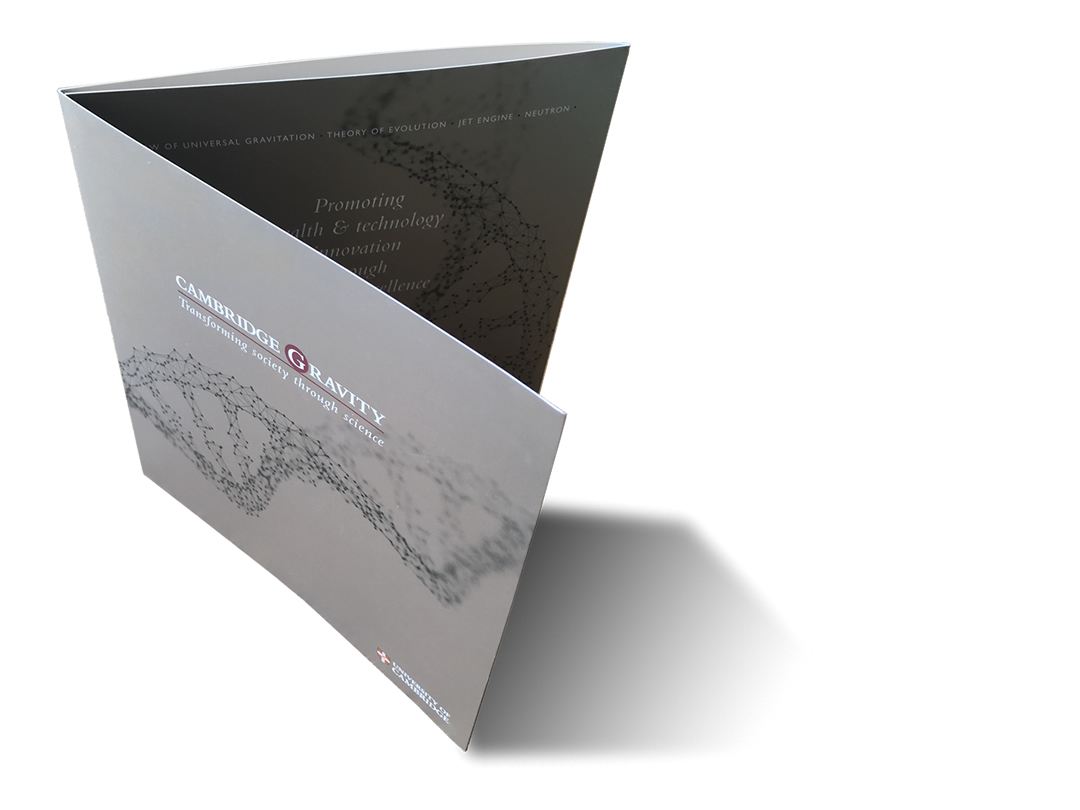 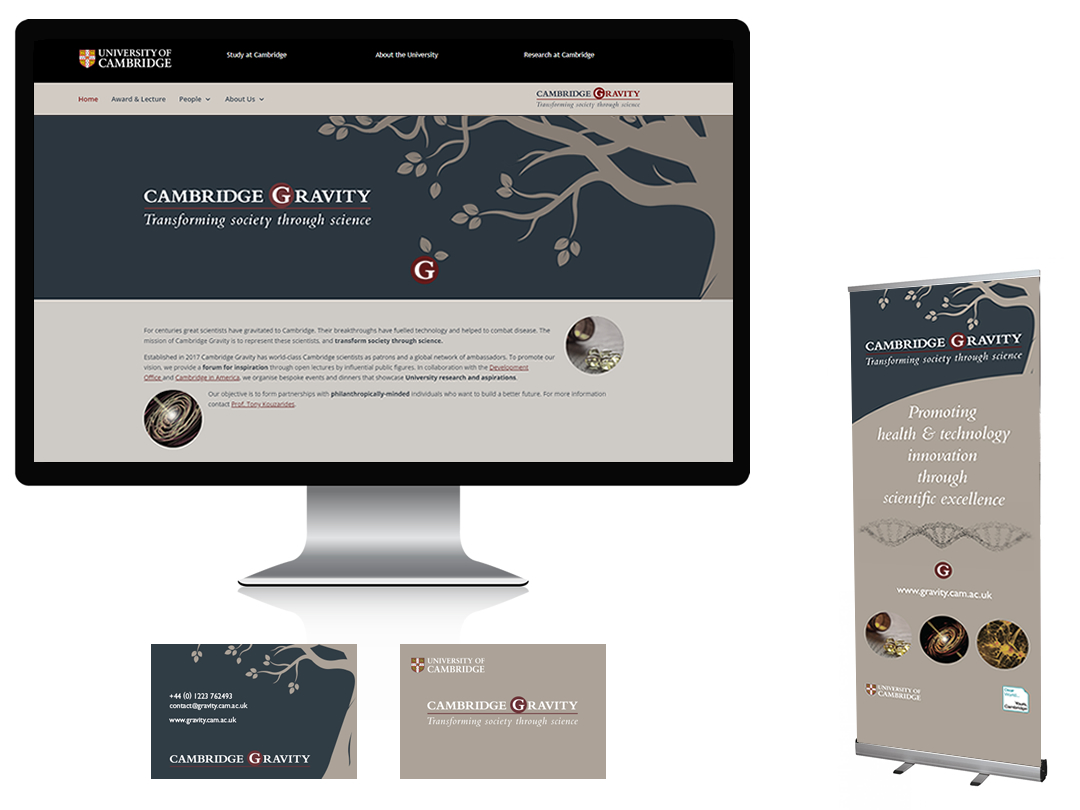 Cambridge Gravity, you may notice has a strong resemblance to Cambridge Momentum that’s because we had a name change, well two name changes – it was Cambridge Velocity for a year too! It’s also undergoing more nip and tucks as I write…

Cambridge Gravity is a circle of philanthropists associated with the University of  Cambridge who are helping to fuel scientific innovation and transform our future through science. Promoting health and technology innovation through scientific excellence.

The original brief for the logo was for it to have ‘gravitas’, with the name change to Cambridge Gravity, the image of Newton’s apple falling used in the original brochure was moved to prime position as a brand image.

The serif font originally chosen was changed to a more robust typeface and the new strapline also changed to an italic serif in upper and lowercase, rather than all caps and justified to the logotype. The red ‘apple’ remained, the ‘G’ no longer needing to show ‘momentum’, so sits upright. The colour palette of deep rich red, very dark blue-grey and soft gold were retained (the blue is now going over to a soft black). The logotype is classic, the underline gives stability, and the ‘G’ in its circle – a nod to Newton’s apple and Gravity.