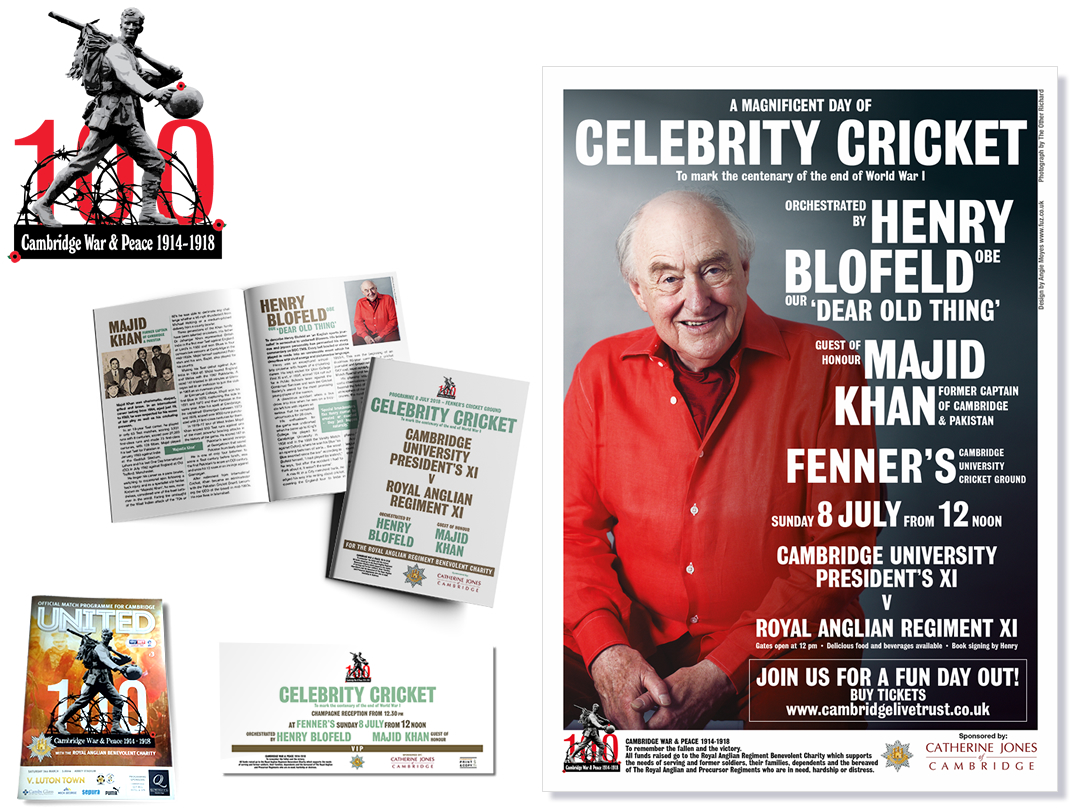 Vanessa Burkitt of Catherine Jones of Cambridge decided that in 2018 she would set about fundraising for the Royal Anglian Regiment Benevolent Fund – a cause dear to her heart.

2018 is the centenary of the end of World War I, a deadly conflict that took 18 million lives and caused more than 41 million casualties. It is a rare family in this country that was exempt from loss.

The logo is based on the Cambridge War memorial that stands on Hills Road.

There were many plans for the year, but two big events that stuck were a football match, and a pride of place, a charity cricket match, orchestrated by the ever boisterous Henry Blofeld, ‘Our Dear Old Thing’, with guest of honour, Majid Khan who travelled from Pakistan for the match.

Thanks so much for your patience!
Vanessa Burkitt