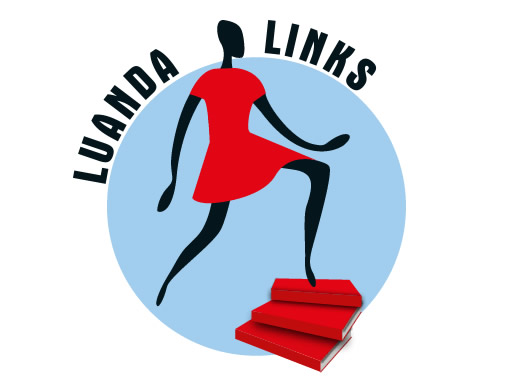 All your help creating the logo was hugely appreciated and now we use it everywhere!
Stephanie Hines

The Luanda Links logo represents the power of education. The logo had to get the idea across very quickly for fundraising and to connect with the girls in Luanda, so there was to be no mystery, a logo that visually described the passion and purpose. Esther had great passion so it was pretty straightforward coming up with the concept, deciding the colour-way took longer!

The idea for Luanda Links came about after Esther Cameron, one of the co-founders first visited Luanda in 2011 as part of a charitable school project. Realising that life-changing good education was being missed out on by children, particularly girls because of cost, she decided to personally fund Risper, one of the girls she met while visiting the community.

At University she grew the idea with her co-founder Stephanie Hines and they set up Luanda Links and now fundraise in their spare time for the secondary education of five bright, aspirational young women – Diana, Imelda, Josephine, Mercy and Sharon, all from low-income backgrounds in Luanda.

Without sponsorship, none of these young women would be at secondary school, but because of Luanda Links, now they are being equipped with skills that will enable them to realise their full potential.

need a logo for a new (ad)venture?!

get in touch
Posting....