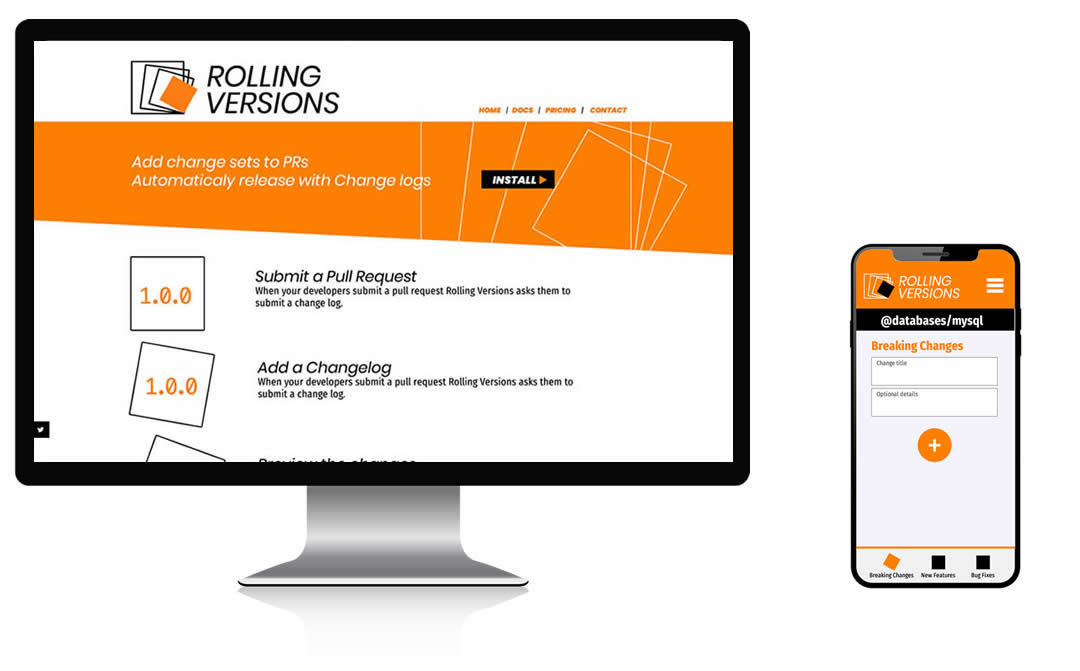 Below: two of the website alternative designs (mouseover the image) 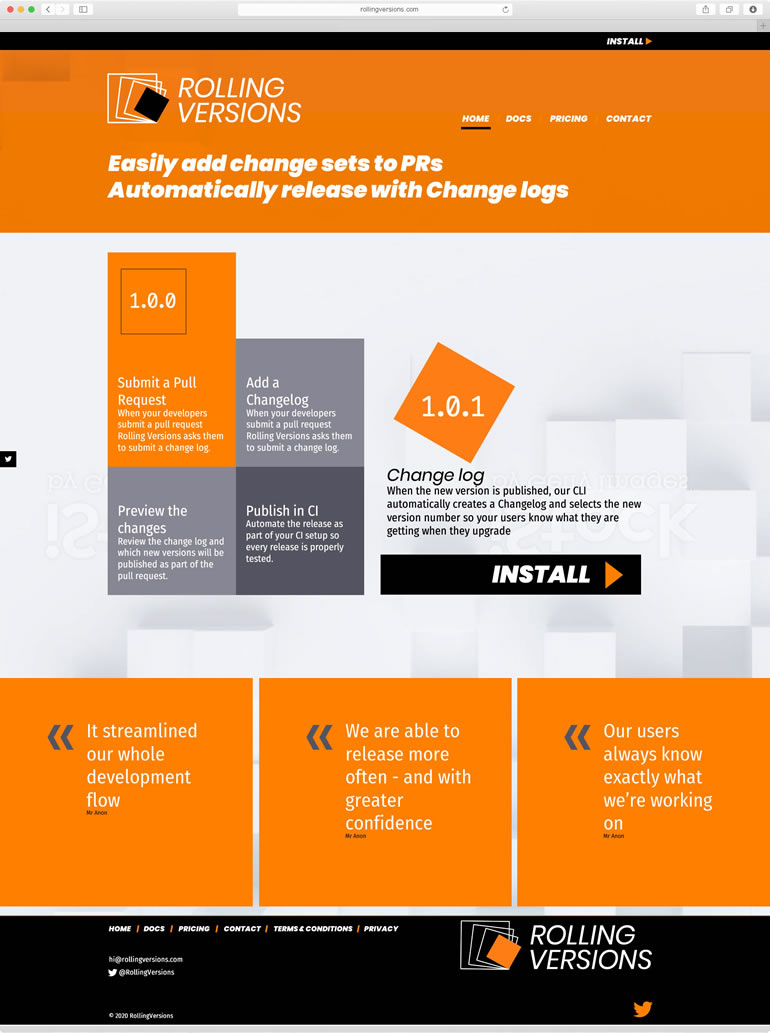 I was asked by Forbes to design a new logo for a small business he was starting originally called “Change Log Version”, (which I challenged him on) and some help with the branding and web design. Rolling Versions is a system for automating software releases by allowing developers to write a summary of the changes they made (fixes, features & breaking changes) at the point where they submit pull requests containing code changes to their repository on GitHub.

Forbes gave me a great brief, to which I presented some ideas, and the logo was chosen from that first batch with a little tweaking. With that in-hand, I went on to present a few website designs, based on some sketches from Forbes as to the content, and he chose the one visualised. Suplied with a logo, visual, colour palette and fonts choice, and he went on to build it.

The range of designs Angie produced for the first draft of Rolling Versions logo really helped me feel confident that the finished design was the right one.
Angie was really easy to work with, and communicated clearly throughout the project.