This time next year… 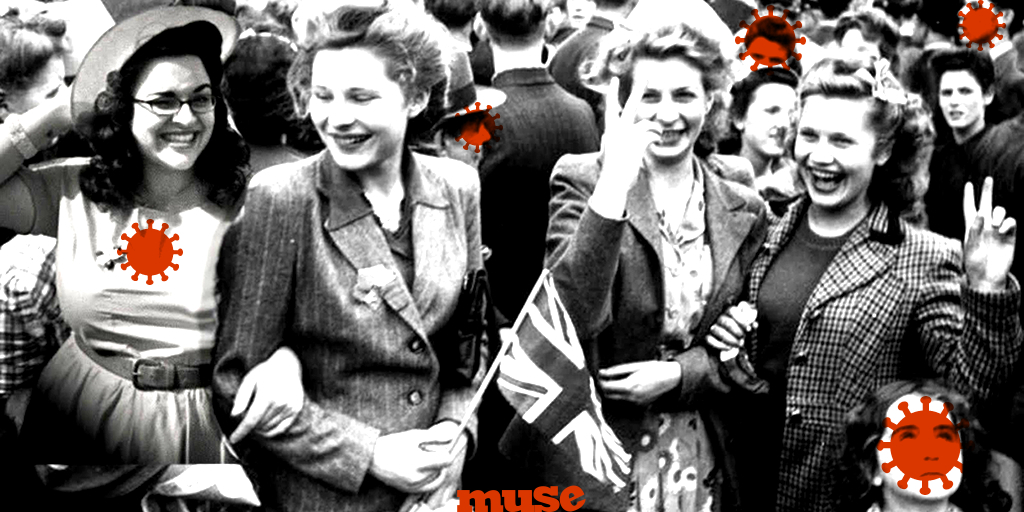 I’ve been thinking about VE Day – I had a really good project dissolve that was to celebrate VE Day, a series of events including fundraising dinners, cricket matches, a great theatre play with discussion on PTSD.

Next year won’t be so significant because, well this year is a 75th anniversary, next year will be the 76th – not so catchy!

But, this time next year…

I’m hopeful that…
We’ll know who has been infected and survived.
We’ll be dancing in the street.
We’ll be hugging again.

And I’m looking forward to seeing you – not Zoomed – for real!

We won’t be at a concert, or down the pub for VE Day, but if the lock down has shown us anything, it’s that we can all still have fun!