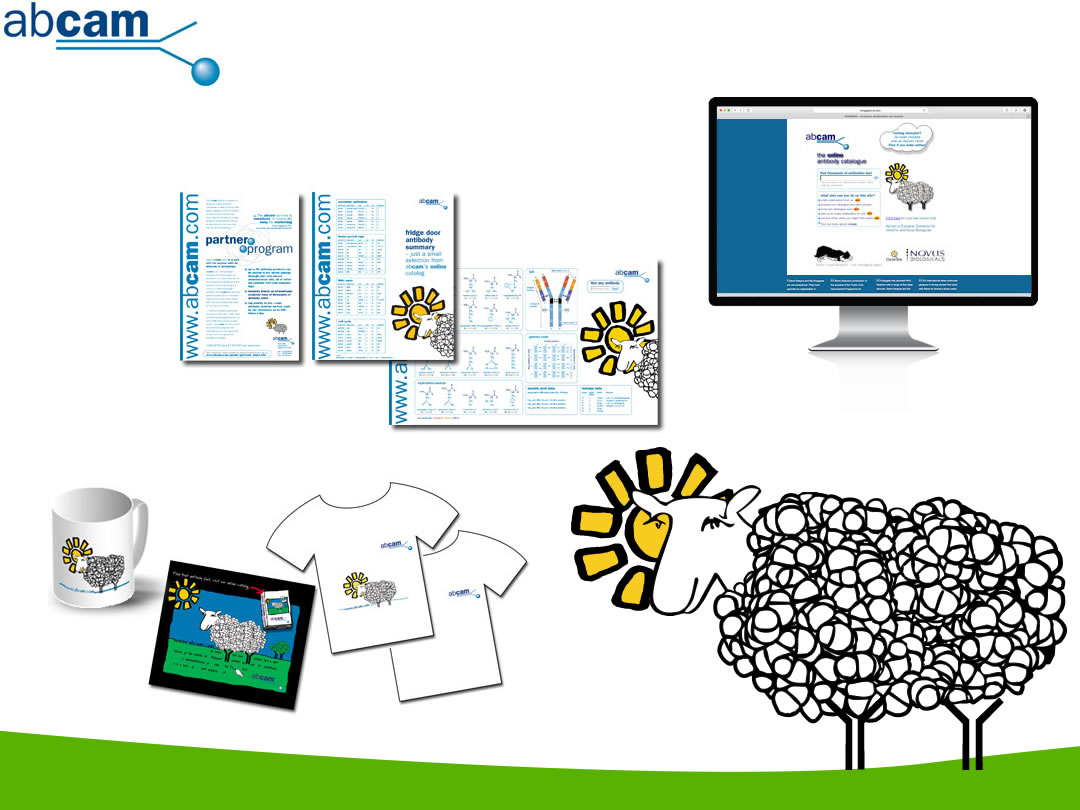 In 1998 Jonathan Milner had the idea for Abcam while working as a Post-Doctoral researcher in a laboratory at the University of Cambridge. He had the name (AntiBodies – CAMbridge), the concept of a web-based company and began to develop an outline website. Angie, and a marketing professional – Bev Nolan, and a developer – Mike Shaw were enlisted to help take the fledgling company forward. Mike set about building a database driven site, Angie developed a logo and identity that said ‘established yet fresh’, ‘Antibodies’ and ‘Cambridge’, Bev created a strategic marketing effort for Abcam and its investors. The site visuals shown are the original site from way back in 1999, it has since developed into a site capable of delivering it’s customers needs much more efficiently with a more complex user interface and back-end. Molly grew to be a great marketing device, and even had her own website!

need a logo or character designed for a new (ad)venture?!

get in touch
Posting....